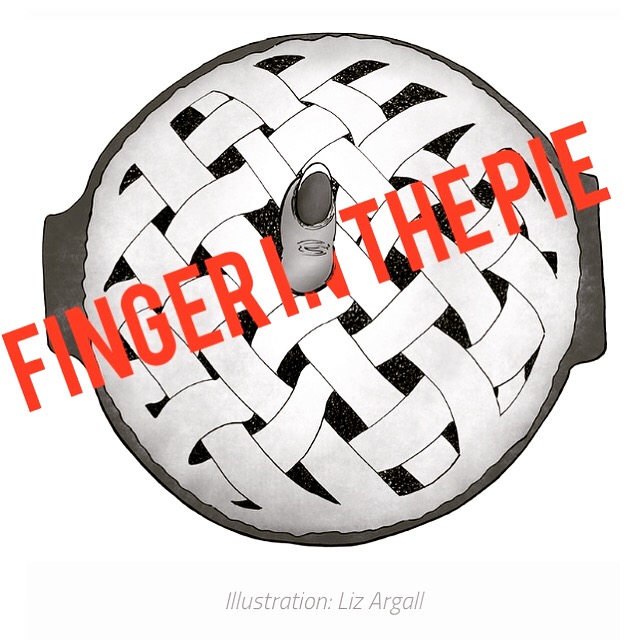 So excited that my short story,  originally published in The Norwegian American (which is where this glorious illustration comes from), has won through to the Leipziger Hörspielsommer audio drama fest in July!

The story is a black comic exploration of one woman’s psychosis…unless, that is, she’s the victim of gaslighting on a terrifying scale. Britt sees body parts everywhere in her house. She’s come to ignore it, but it’s really annoying when there’s no freezer space because of all the severed limbs. The question is, is she nuts, or is her husband an actual serial killer?

I sent it in at the last moment, with the help of some incredibly generous and talented people from the Audio Drama community on Facebook. Suzy Buttress, the powerhouse behind the fab Casual Birder Podcast, suggested I try asking if anyone fancied doing the voices for some of the characters. Originally I was just going to do all the lady parts myself, with my much put upon hubby Mike playing the terrifying/misunderstood ‘villain’ of the piece, Ando. Needless to say, he did a fantastic job…a little bit too good actually…he managed to creep me out!

A quick call out later and Fiona Thraille (podcaster and writer extraordinaire) had put up a notice for me on the FB page. Soon, I had two mega gifted voice actors Karin Heimdahl and Sarah Golding (of Madiva Podcast and about a million others). Karin’s reading of the vulnerable main character instantly appealed to me, and she managed to convey the confusion and repressed fear/anxiety of the character brilliantly.

Sarah and I are, I feel, at the start of an audio drama odyssey – her audition was just SO great. She gave me about 4 different possible accents, added her own hilarious banter in between, and generally brought the (rather scary) therapist, Mrs Knutson, to life. I’m hoping to write something especially for her some time soon.

You can hear ‘Finger in the Pie at the Leipziger Hörspielsommer audio drama fest on 13 July, 9pm, and the winning story will be announced on the evening of the 14 July.

Fingers (and pies) crossed we win!