Beth Keen and I have worked together for years and have been developing a new project to produce beautifully crafted podcasts under the umbrella of our collective: Fable Gazers.

Each season tells a totally different story over 10-20 episodes. Now you can binge season 1 on any podcast player!
Go to the podcast website for more info.

We build stories from fact and vice versa – all with a journalistic edge and sense of fun that will inspire people to download our podcasts and recommend them to their networks and friends. Season 1: The Sugar Baby Confessionals, has won bronze at the British Podcast Awards in the ‘Sex & Relationships’ category at the 2019 British Podcast Awards!

We are currently producing several self-contained podcast series, inspired by the success of shows like Serial, This American Life and Malcolm Gladwell’s Revisionist History. We also occasionally dip our toes into audio drama – watch this space for more details about that.

If you love podcasts and you’re looking for your new audio obsession, then watch this space…

Want first dibs on our exclusive teaser videos and audio clips?  Subscribe to our mailing list, and if you fancy helping us keep the lights on and the biscuits crumbling, then please feel free to give us a donation via PayPal.

Last year, we won bronze for our season 1: The Sugar Baby Confessionals. This year, we’ve given ourselves a massive challenge: we’ve created a series twice as long, with over 39 participants, original music, a cinematic investigation and a book club rolled into one.

And guess what? Why not try out episode 1, featuring Stephen Fry, now!

From February 2020, we’ll be releasing half our epic season on a weekly basis. What’s it like? Try a mash up of You Must Remember This, Unspooled and the Guardian Books Podcast. It’s hilarious, poignant, insightful, historically fascinating, smart and full of fabulous guests (who? Glad you asked… only Stephen Fry, Joanne Harris, Harriet Evans, Mary Jo Putney…to name but three).

“I think myself I ought to be shot for writing such nonsense.”

As a bestselling author, Georgette Heyer hasn’t been out of print since 1921 – so why hasn’t Hollywood snapped up her plots for a big screen franchise?

One major film producer has been trying to get the first big screen adaptation of Heyer’s ‘The Grand Sophy’ made for years, but what’s been standing in the way? We’ll investigate the difficulties facing film makers when it comes to period work.

Plus, find out what the uber-Heyerites think of Sophy’s choice. We chat to Peter Buckman (agent for Heyer’s estate) about his struggles with trying to get a Heyer film made, and we  chart his journey towards adapting one of her books himself.

Discover what Hollywood producers, Australian biographers, British national treasures and worldwide readers think about Heyer’s popularity. And join super-fans and newbies as they discover and discuss some of the top-selling novels of our time – in Heyer Today.

Listen to a teaser clip here 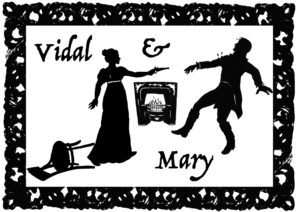 PLEASE RATE, REVIEW AND SUBSCRIBE TO KEEP US GOING…

Here are some of the reviews we’ve had so far…

Excellent and informative !
☆ ☆☆☆☆
“The last thing I expected was to be writing a 5 star review for a podcast about writer Georgette Heyer but I cannot recommend it enough. But it’s not just about Heyer, it’s about what writers look for in other writers, what inspires them and what it means to be a passionate reader. This podcast is for anyone who loves books ! Great use of music too.” Islington Snapper via Apple Podcasts · Great Britain · 01/11/20
Amazing Season on Georgette Heyer
☆ ☆☆☆☆
“This is an amazing podcast featuring the delightful books of the reigning queen of Georgian and Regency romance, Georgette Heyer. Starting from the first episode, where “the” Stephen Fry waxes eloquent on being a fan of Heyer’s work, I have listened to the four episodes so far with excitement and joy. The production quality is superb, the host is superb, and the interviewees are varied and knowledgeable and include greats, such as Jen Kloester, Heyer’s biographer. This podcast is a must-listen for fans and newbies alike.”
Keira Soleore via Apple Podcasts · United States of America · 02/26/20 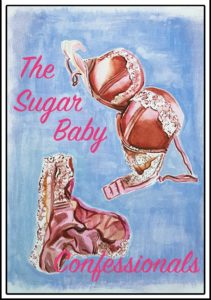 This is a true story. Ruby is juggling family life with her new ‘job’ – as a sugar baby. Ruby has three small children and a husband she loves. She also has a hankering for more. Already enjoying an open relationship, she’s decided she wants to try being paid for doing something she’s reeeeeaally good at. What could possibly go wrong?

As her close friend, Sara-Mae helps Ruby process and explore the ups and downs of this alternative lifestyle choice. Along the way, she learns way more about Ruby’s sex life than she ever thought possible, or in fact, necessary.

Add another layer of awkwardness: Ruby’s husband and Sara-Mae’s are good friends. Concerned for Ruby’s wellbeing and the security of her otherwise ‘perfect’ life, Sara-Mae helps Ruby navigate the rocky waters of the sugar baby lifestyle. At first it’s all a laugh as Ruby fills Sara-Mae in on her cheeky antics with various lovers, but then something happens she could never have anticipated…

Join us as ‘vanilla’ and red-hot views on sex and modern love collide.

Subscribe on iTunes and take a listen from the beginning. Not an Apple user? You can also find the podcast on Spotify, Stitcher, Libsyn, or wherever you like to get your podcasts.

Remember to rate, review and recommend! It really helps to keep us going.

According to journalists and BBC broadcasters Bibi Lynch, Alix Fox and Rob Crossan, The Sugar Baby Confessionals is: “beguiling and off-kilter”, “thought-provoking”, “charming, funny and candid”.

We’ve been featured guests on the following podcasts and radio shows: 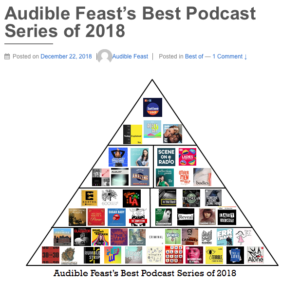 “I am highly addicted to this show right now… I just love it.”

“Don’t…be fooled into thinking this is a shallow kiss-and-tell story. Guided by Sara’s thoughtful and considerate moderation, Ruby and sugar baby friend Madeleine’s stories unfold through conversations with the host, accompanied in later episodes by guest experts and other podcasters. Themes include sex work and politics, women’s rights and the law. Refreshingly, the commentators include women who have actually been sex workers.

The Confessionals quickly becomes a deep exploration of sexuality, psychology, romance and loyalty, and of the many things that complicate these aspects of life…Absolutely vital listening.”

“[Your podcast] is such a fun listen. I’ve really enjoyed hearing other women who are so articulate about what they feel regarding the sugaring lifestyle. At times I identify with you, and sometimes with Ruby, and occasionally with Madeline too.”

Poet and fashion maven Bette O’Callaghan (rather delightfully) wrote a review in the form of a poem:

are inherent in youth

of the tangled bed sheets

the result of reckless actions

that haunts one in old age.

5* – “This podcast has intimate details and will satisfy your (voyeuristic) sweet tooth but it’s also a thoughtful look at monogamy, feminism, sexuality, and womanhood. Host Sara-Mae asks all the right questions and does a bit of soul-searching, too. Recommended!”

5* – “I learned loads and was enthralled with the journey and especially Ruby’s story. Really well produced, love this series!”

5* – “Wow this was totally brilliant. I loved the subject and Ruby was refreshingly honest and open about one of our society’s biggest taboos.” 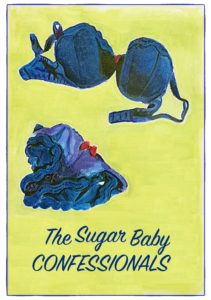 We’ve had some great reviews so far from journalists Rob Crossan, sexologist and broadcaster Alix Fox and writer and broadcaster Bibi Lynch, why not help us out by giving us a rating and a review of your own?