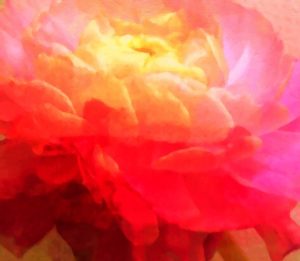 Far be it from me to use hyperbole to make a point. Who am I kidding? These are desperate times…the desperate…est. But recently I’ve been reading so many great politically-focussed YA novels it’s made me wonder if, like many of the rebellious protagonists in these stories (especially the female ones), these books are helping young people to reshape society. Is it possible that YA writers are preparing teens for the process of carving out a future for themselves that doesn’t include the divisive, racist and ecologically short-sighted views of world leaders currently in power?

Lately, I’ve been feeling much more hopeful for future generations. Wonderful books like Genevieve Valentine‘s ‘Persona‘ or Marie Rutkoski‘s ‘The Winner’s Curse‘ series feature cunning and politically-savvy young heroines who use their wits to navigate and outplay the devious leaders in the beautifully-drawn worlds these writers have created. It’s deeply satisfying.

In ‘Persona’, Valentine shows her heroine, Suyana, the ‘Face’ of the United  Amazonia Rainforest Confederation, as she survives an assassination attempt. Navigating the complex political thrusts and feints in a duel with the rapacious International Assembly, she also shows grit and courage when faced with limited choices, all against the glare of the omnipresent media.

‘The Winner’s Curse’ series sees Kestrel, daughter of an all-powerful conquering general, falling for a slave. But the book never rests on the heart-stopping romance at its core, instead it’s Kestrel’s incisive mind that helps her reshape her society for the better. It’s these qualities: moral courage and unapologetic intelligence, which gloom mongers say are becoming increasingly irrelevant, that are highlighted.

Surely these heroines and those who’ve been around even longer – Katniss, Hermione et al, are helping to reshape gender and societal norms? Perhaps it’s time to look for the silver lining in the dark cloud of cynicism and fear plaguing us. Instead, let’s take heart in the fact that the ‘villains’ on the world stage are unwittingly galvanising those of us inclined to resist, and possibly inspiring more writers to explore stories that question the prevailing narrative of hatred and division.

Much as it seems to be to the contrary at the moment, and the closer we get to a real post-apocalyptic dystopia(!), I take heart in the fact that by giving young people role models whose kick-ass qualities they can emulate, these ‘visions’ will come true.